VGP - Vietnamese police officials on April 17 announced the prosecution of three individuals of a transnational drug smuggling ring, accused of trafficking 600 heroin cakes via air flights from Vietnam to Taiwan. 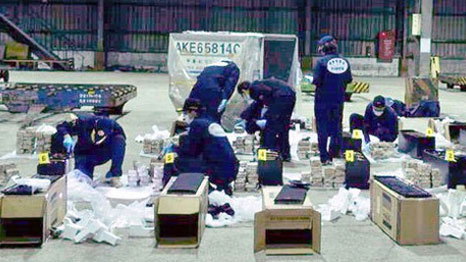 According to officials, the trio rented a guesthouse in HCM City towards the end of last year and purchased acoustic stereo speakers in which they concealed small packets of heroin prior to shipping to their homeland via air flights to Taipei.

Taiwanese police have previously made seven arrests in connection with the investigation of the transitional drug smuggling ring, including one Vietnamese./VOV./.