VGP – The Ministry of Health has asked the Ministry of Education and Training and authorities nationwide to coordinate efforts to prevent the use of e-cigarettes, heated tobacco and shisha in the community given their harmful damage to people's health. 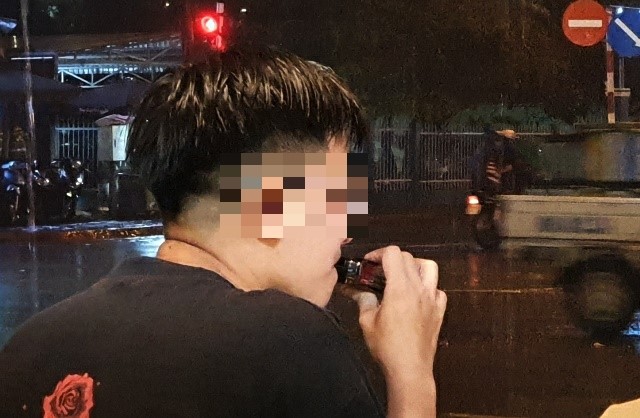 Accordingly, the Ministry of Education and Training will communicate the consequences of tobacco to all students, officials, workers and laborers as well as building a non-smoke environment at educational establishments.

Provinces and cities’ Department of Education and Training will inspect, uncover and handle illegal trade of e-cigarettes, heated tobacco and shisha at educational establishments.

E-cigarettes and heated tobacco products are not safe for children, adolescents or young people, and these new products targeting young people had in fact created a new generation of addicts, experts warned.

According to Nguyễn Huy Quang, director of the Legal Affairs Department under the Ministry of Health, multiple studies had proven that electronic cigarettes and heated tobacco products are as harmful as traditional cigarettes.

In addition, e-cigarettes and HTPs are also being used to smoke illegal drugs and pose a fire hazard, said Quang.

A Ministry of Health report said that in 2015, only 0.2 per cent of the population used e-cigarettes. This year that figure has jumped to 2.6 per cent in the group of people aged from 13 to 17. In Ha Noi and HCM City, that number is 7 per cent.

According to a survey about health behaviors in 2020, 73 percent of Vietnamese respondents stated that they smoke very little, smoke occasionally or never smoke. The prevalence of smoking among females in Viet Nam was at one percent in 2016.

E-cigarettes will continue to cause a heavy burden of disease and disease costs in Viet Nam. According to WHO, around the world tobacco use causes 8 million deaths each year (7 million from direct smoking and 1.2 million from passive smoking). The global cost of smoking is US$1 trillion.

In Viet Nam, tobacco causes 40,000 premature deaths each year. Spending on smoking accounts for over VND31 trillion per year among Vietnamese households. The cost of a number of common tobacco-related diseases has reached over VND21 trillion per year, according to the Tobacco Harm Prevention Fund.