VGP – One of the most important tasks in HIV treatment is how to help people know their HIV status, according to Deputy Prime Minister Vu Duc Dam. 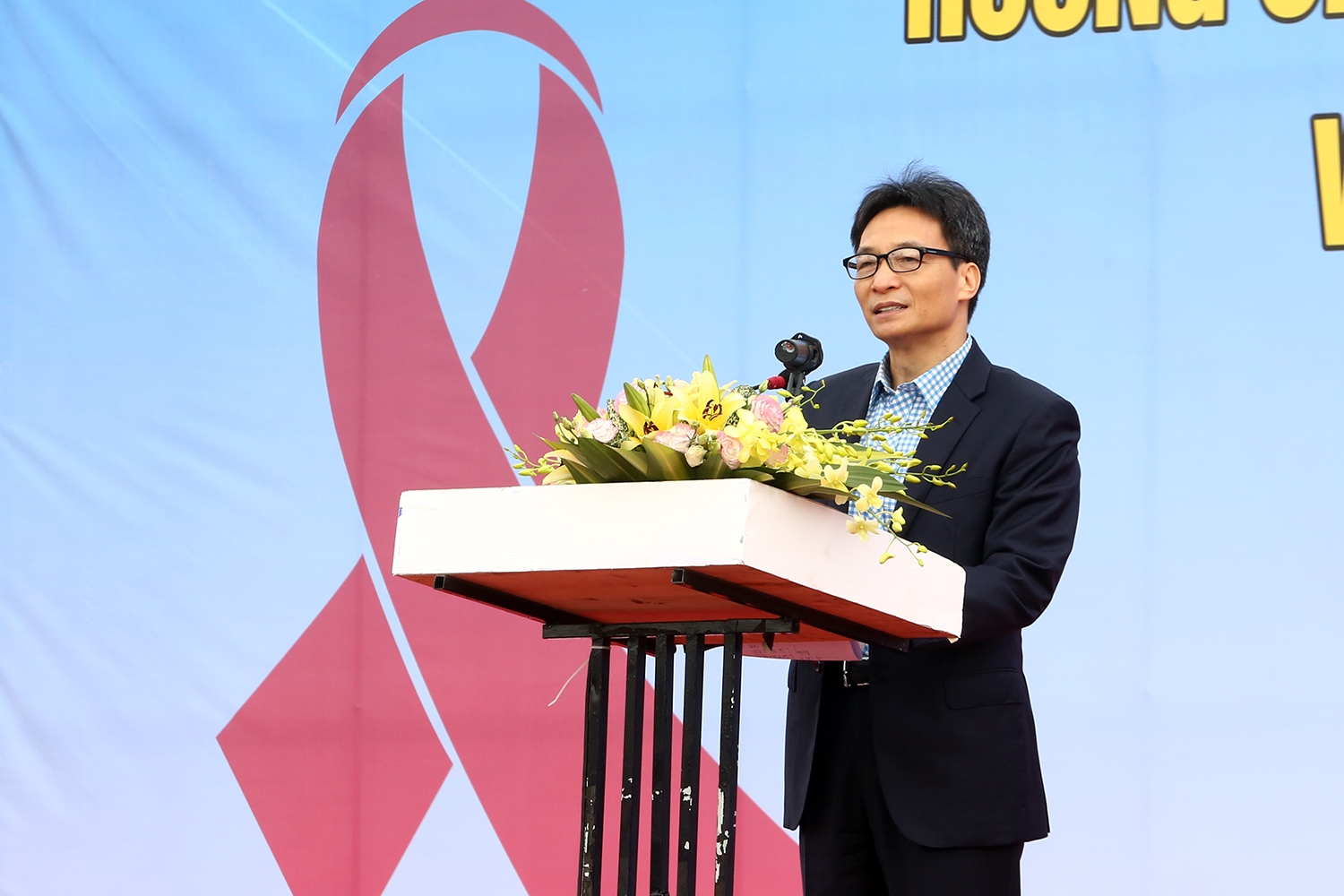 Dam stressed the point at the launching ceremony of the National Action Month against HIV/AIDS 2019 in the northern province of Bac Giang on December 1.

2019 is the 11th consecutive year that the number of new HIV cases and deaths fell, said Dam, adding that at present, 140,000 HIV people can access to ARV therapy.

However, there are about 10,000 new HIV cases annually while other 50,000 HIV carriers have been unclear about the HIV status and not been treated properly, the Deputy PM pointed out.

He also tasked inferior levesl to increase the ARV treatment rate to 90% by 2020./.