VGP - The number of synthetic drug users in Viet Nam has jumped six-fold since 2017, the U.N. Office on Drugs and Crime said its report themed “Synthetic Drugs in East and Southeast Asia: latest developments and challenges 2021”. 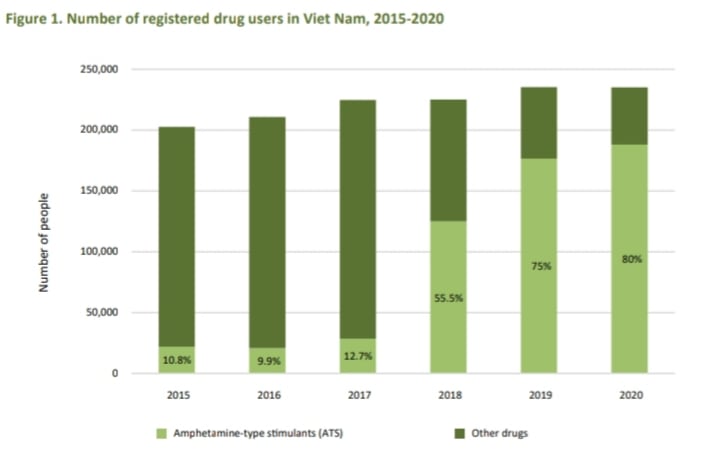 The seizures of almost 2.5 million tablets of methamphetamine in 2020 surpassed the combined quantities recorded for 2018 and 2019.

While the amount of crystalline methamphetamine seized in 2020 was lower than that recorded for 2019, it was still significantly greater than the annual amounts seized before 2019.

The continued increase in the number of registered people who use amphetamine-type stimulants (ATS), predominantly methamphetamine, indicate that the methamphetamine market remains significant in spite of the COVID-19-related restrictions.

Several trafficking routes have emerged, and seizures of methamphetamine point to diversified sources of the substance.